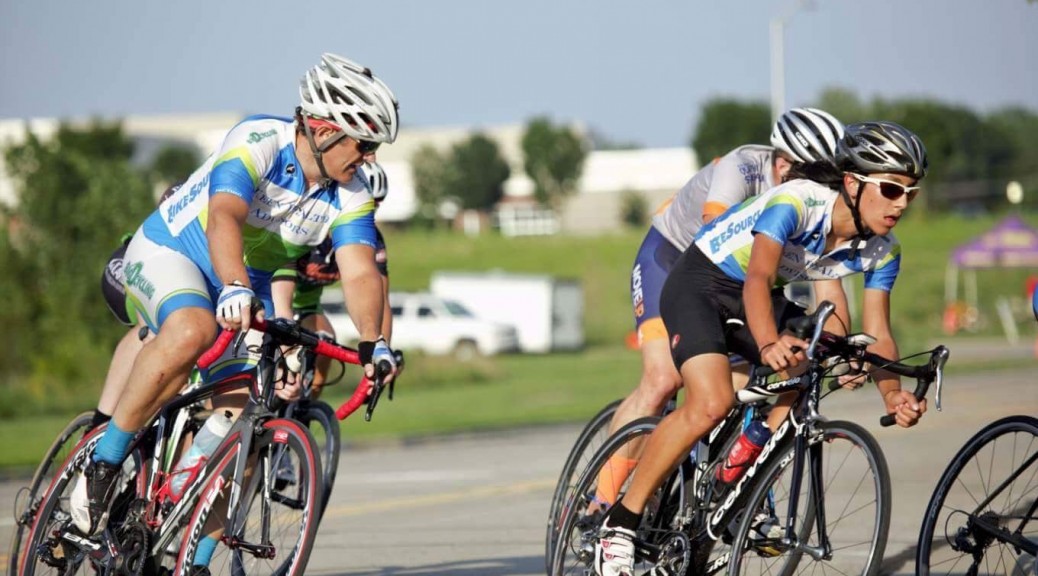 Nigel is just 14 years old, but he is already a kid of many talents. He plays Black Sabbath on guitar. He is a master chicken handler, able to chase down chickens with ease, which, as it turns out, is a great cyclocross workout. Ironically, he also chases down Steve Van Nieuwenhuyse on the cyclocross course, who also has legs very similar to the Wyandotte chickens that Nigel helps to raise.

With all of Nigel’s talents and interests, he was late to start racing in the Erik’s Wednesday Night Worlds presented by Chamois Butt’r (WNW) criterium series promoted by Revolution Racing, LLC. He missed the first several races and had to play a little catch up. He made quick work of it though, winning the first B category (category 4 and 5 racers) race he entered!

As the series progressed, Nigel won a second race, tying up with Justin Heizer for the lead in category B wins. With two races still to go, Nigel was looking to take the lead, but had an untimely flat in a corner and crashed out. He placed second in the second to last race, needing to win his final race to secure the win and earn the Wednesday Night Worlds leader jersey for good.

The pressure was on, but Nigel rose to the challenge in the final week of racing. In the final corner of the last race, he took an inside line and opened up his sprint, with no one able to come around him. He was really motivated to get the win, not only to become champ, but he also wanted to end his summer with a win and on a high note, having to attend the first day of 9th grade the very next day.

He’s looking forward to wearing his WNW leader jersey on Wednesday nights, as he practices cyclocross on his personal course at the Vaught compound, chasing Stevie Van and his chicken legs with glee.