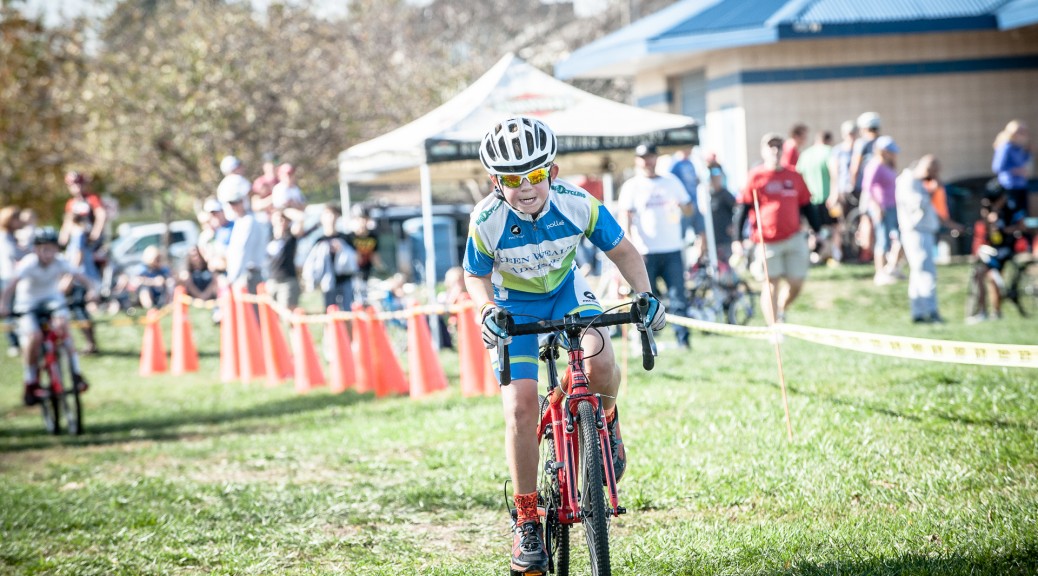 Chris Braley, at the ripe age of 10 years, came out strong last weekend to start off his cyclocross season.  Saturday’s Colavita Cup had a packed field of nineteen, 9-11 year old racers.  It was a fast course, with very little climbing.  He finished the day in 3rd Place.

Sunday’s Boulevard Cup would prove to be more challenging with the race being 30-minutes and a hillier section added to the course.  With another packed field, Chris jumped out with a strong start and kept the number two rider in his sights, hoping to have another shot at the podium.  Even after dropping his chain on the last lap, he made one final push and finished the race in second place.

Switching gears ~ Giddy up, Ponies! The Vaughts headed to Louisville!

Greg and Nigel Vaught headed east to Louisville in the first weekend of November for the Derby City Cup. Greg wanted to get Nigel some more experience with racing in a larger field. What Greg was not interested in was getting hit from behind, snapping his rear derailleur hanger on Saturday and destroying a wheel in his Sunday race!

Watching his son Nigel helped ease the misfortune he experienced in his races, though. Nigel had commanding leads in both his races at Derby City Cup, but some miscalculations and some difficulties with the course dropped him from the top step. Even with some mistakes made, he finished on the podium each day.

Keen Wealth Advisors has been a major supporter of junior racing since it became the title sponsor of Big D Cycling. We can’t thank them enough for helping to grow our sport and to encourage young boys and girls to stay active and have fun  doing it!