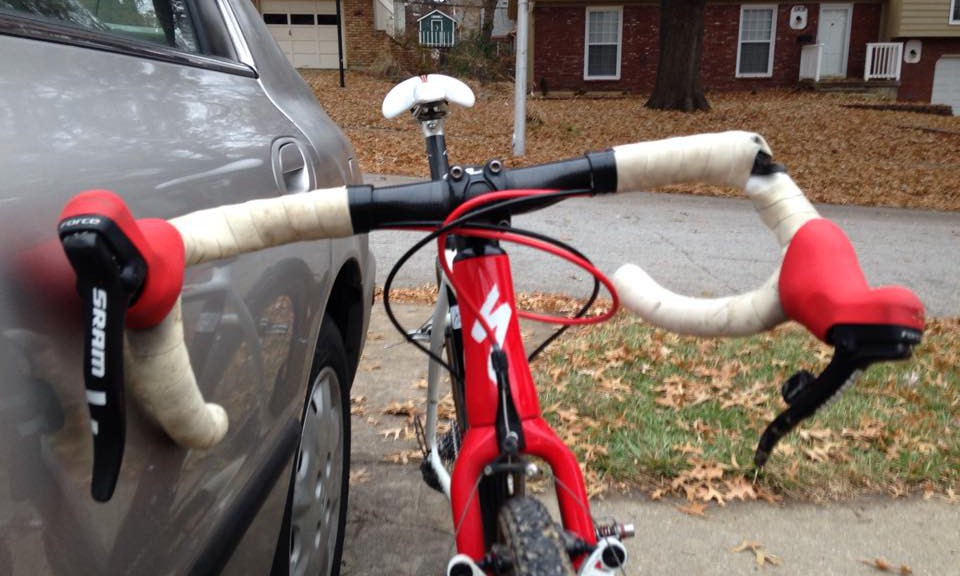 Paul Aldeguer is a man of legend.

People have witnessed him fly over cyclocross obstacles with the grace of an impala (The impala are known for their significant leaping ability, reaching heights up to 3 m (9.8 ft).

Aldeguer has a power-to-weight ratio that is pushing into the World Class category, per Bicycling magazine, utilizing compression socks to increase oxygen delivery and minimize muscle fatigue in his powerful legs. Reference*: http://www.bicycling.com/training-nutrition/training-fitness/trainingpeaks-power-profiles-cyclists

He has even been known to whisper to birds in his neighborhood, whilst wearing Angry Birds pajamas, a bird whisperer of sorts.

On December 13, Aldeguer put his power on display for all to see in Parkville, MO, at the Missouri State Cyclocross Championships. He decided to double up races. After placing 3rd in the Masters 45+ category, he competed in the Cat 3 race. Halfway into the first lap, he snapped his carbon handlebar whilst transferring power into his pedals. He crashed, but still managed to place a respectable 15th in that race (with broken bars). Even more impressive, he also grabbed a dollar handup from a guy with a fishing pole (with broken bars).

Aldeguer thanks Chamois Butt’r for its sponsorship of Big D Cycling, allowing him to comfortably compete in two races on the same day.