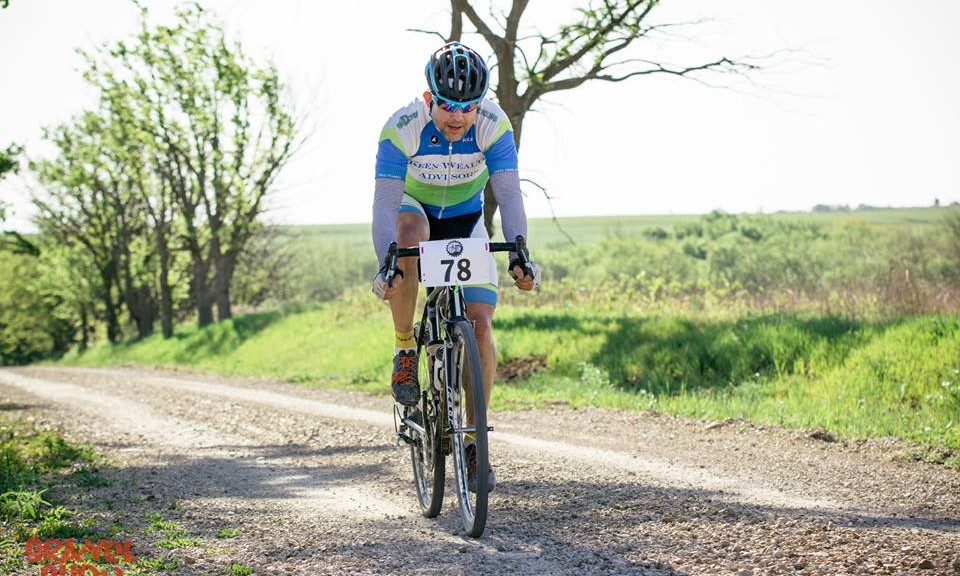 Joe Kleidosty bought his first gravel bike in December 2015, after rolling over many gravel miles with his mountain bike, with the intent of shifting focus to gravel in 2016.

Kleidosty jumped at the opportunity to register for Gravel Ride for Maisie’s Pride, as he had ridden gravel in Eskridge, KS, before at the Just Another Gravel Grinder Race on Halloween 2015. Promoter Ryan Dudley does these events to support the Maisie Community Pool in Eskridge, named after longtime resident Maisie DeVore.

Wow! What a story! Check out this video on Maisie – many lessons can be learned in this short video. Kleidosty even recognized that a section of K4 Highway leading into Eskridge was named Maisie DeVore Highway.

Many lessons were learned during the gravel ride, as well!

Kleidosty did not have any plans to suffer like he did at Cool Hand Luke Gravel Grinder. He wanted to be free from cramps and just try to settle in with a fast group and get some good race preparation in for Dirty Kanza.

Within four miles, the riders turned onto a low maintenance road with tire ruts that must have been 12 inches deep or more. Many riders were falling, crashing or getting flats on these ruts, which caused some separation early in the ride.

Kleidosty settled into a good rhythm, keeping the lead group in sight, like a dangling carrot. He caught the breakaway around mile 22 and was able to settle in, finally!

After a few more miles clicked away and more hills ate away at riders’ legs, the lead group was whittled down to five riders ~ Ashton Lambie, Evan Fast, Trey Harrison, Bob Cummings and Kleidosty.

Cummings suffered a rear puncture before the 52-mile SAG, likely around the 35-mile mark.  Many sections of the first 52 miles had some very technical sections on them. Playing it safe, Kleidosty was dropped a bit before the SAG, but he still managed to roll out with Harrison and Fast. Lambie was in and out quickly and rode the last half of the ride solo, winning the overall.

Fast, Harrison and Kleidosty worked together, until Fast suffered rear wheel damage on a rocky descent. Then, Harrison and Kleidosty settled in to finish the last 40 or so miles together. Garmin was showing temperatures hitting close to 95 degrees. The heat was definitely having some effect on riders, as Harrison was suffering from some cramps around the 75-mile mark.

Kleidosty was able to stave off any cramping and kept riding solo, into warm headwinds, for the most part, until the finish, earning 2nd overall and 1st in his 40-49 age group. 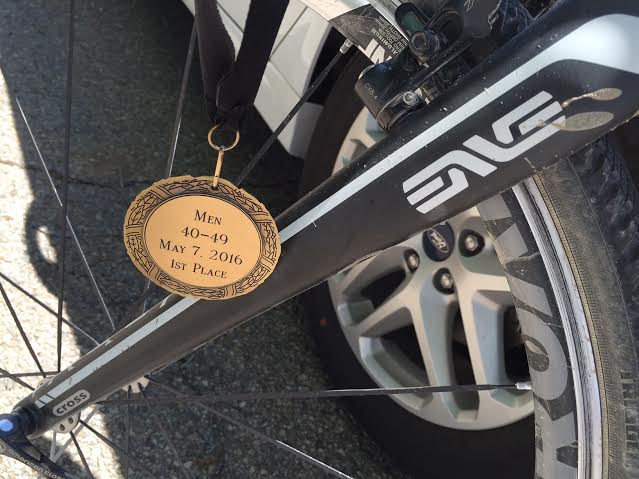 It was definitely a great training ride with Chamois Butt’r’s rider Trey Harrison, who won the VeloTek Grand Prix last weekend. If you find your personal finance or investment plan in a rut, contact Bill Keen with Keen Wealth Advisors.